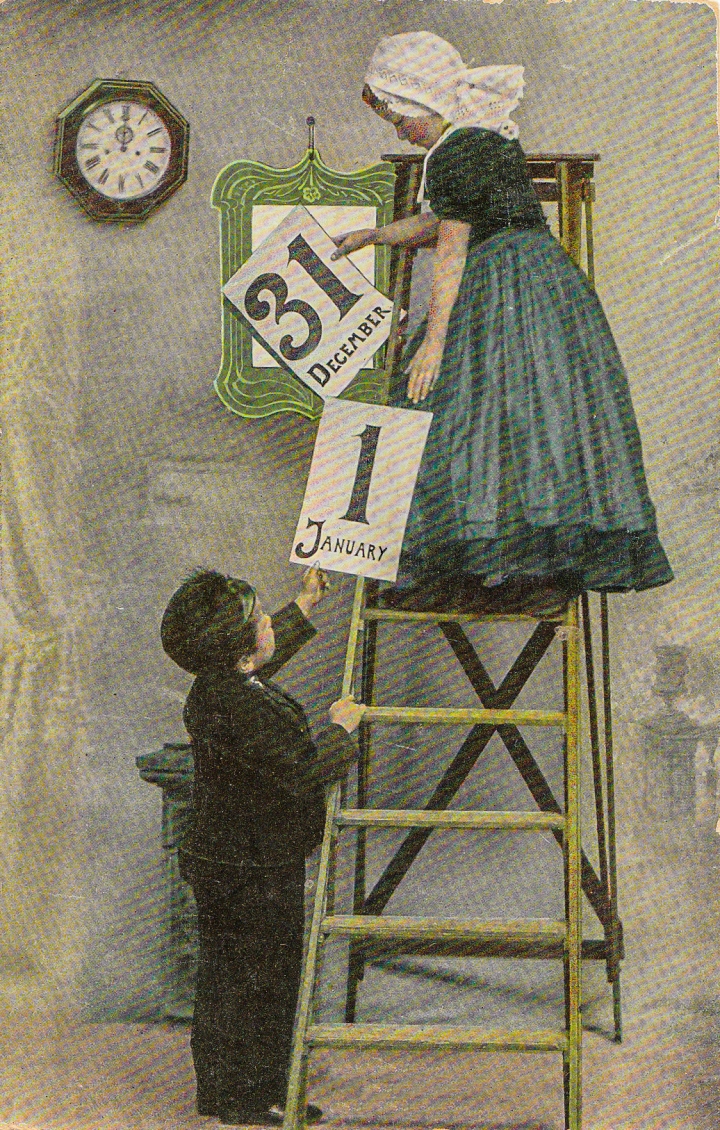 My dear reader, it would be an understatement to say that 2020 has been a dumpster fire of a year (plague, murder hornets, political and social unrest, and fire everywhere… need I say more?). I’m sure that I had high hopes for the start of a new decade like many others have. Perhaps 2020 would be reminiscent of the Roaring 1920’s, the Jazz Age, a Golden Age? But alas, this decade has a mind of its own and refuses to bow to the expectation of mankind.

Even with the pandemic looming over our everyday lives’, I still feel the need to revel in this time of year. For as long as I can remember, New Year’s has been one of my favorite holidays to celebrate. The appeal for me was the ritual of wrapping up the year in a neat little bow and beginning the next with a clean slate. It’s also a conclusion to the busyness of the the past few months with their respective holidays; with the promise that soon I can take a deep breath and relax into the coziness of winter’s embrace and just be for a moment, without social obligations hovering overhead.

With 2020 being such an unusual year, we can’t expect it to end in our usual way. Perhaps, this year we can look to the past at how previous generations have celebrated the start of a new year. And just maybe, we can try out a new-to-us tradition this year.

*Please note that the traditions I will be sharing are from American, English, and Western European traditions. There are many rich and vibrant New Years traditions from many cultures, however, I am not well versed in those cultures and do not feel it is appropriate for me to write about what I am not familiar with.*

The 18th century is a particular favorite of mine to study (especially in terms of dress history) and this century’s New Year’s traditions are quite intriguing. There is a trove of traditions, including Wassailing and Mumming, Apple Howling, Auld Lang Syne, New Year’s Eve parties, and New Year’s Day calling.

Wassailing and Mumming: On New Year’s Eve, young ladies would gather together and prepare a bowl of wassail (a beverage of hot mulled cider). This bowl was to be carried from house to house and shared with their neighbors in exchange for small gifts in return. Mumming (a Medieval tradition) is when the men ventured out on New Year’s Eve dressed in garish costumes to disguise themselves. They, too, would go door to door, but instead of offering a warm drink, they would sing, dance, and put on short skits in order to receive food or drink. This is rather reminiscent of our modern Halloween tradition of Trick ‘or’ Treat.

Apple Howling: A tradition that took place in a nearby apple orchard which was believed to drive out the evil spirits, making way for the good spirits to produce a good crop of cider apples the next year. To partake in this custom, the revelers would lead a torch-lit procession to the local apple orchard with a bowl of wassail and instruments of mass noise. They would encircle one of the oldest trees in the orchard, begin tapping the tree with sticks while chanting:

Another rhyme they could have used:

Once the chanting was complete, the wassail was poured at the base of the tree to promote a fruitful crop and the group made a general hullabaloo with their instruments (anything that could make as much noise as possible). This ceremony would be different to each area that practiced it. The Chanctonbury Ring Morris Men in West Sussex, UK have revived this tradition nearly 50 years ago and has become an endearing tradition for the locals during this season.

Auld Lang Syne: A poem written by Scottish poet Robert Burns in 1788 and is set to the tune of a traditional folk melody. This is traditionally sung at the conclusion of New Year’s Eve gatherings in Scotland and around the world. There are many videos available on YouTube of Auld Lang Syne being performed, however, I wish to share this video of Julie Andrews singing this lovely tune.

New Year’s Eve Parties: Like today, our predecessors gathered with friends and family for parties to ring in the New Year. They would celebrate with food and drink and relish in each others’ company.

New Year’s Day: January 1st was a day of open houses and calling on one another. More food and drinks were provided to visitors as they reminisced over the past and pondered the future.

Moving forward into the 19th century and the Victorian era, many of the previous century’s traditions still hold true in some form or another. Because Queen Victoria had a penchant for the Scottish culture, she brought to the forefront the Scottish New Year’s Eve celebration of Hogmanay and its tradition of “First Footing.” Along with New Year’s Eve celebrations, there was a litany of superstitions to follow to ensure a good year, and New Year’s Day was another day of rapid calling.

Hogmanay: A Scottish celebration for New Year’s Eve. The particulars on how to celebrate Hogmanay was dependent upon what your local area’s traditions were; however, the practice of “First Footing” was a major component of the evening’s celebrations. “First Footing” involves ceremoniously inviting the first person to cross your threshold after midnight. Ideally the “First Footer” is a handsome, tall, dark haired man bearing gifts of shortbread, salt, whiskey, coal, and black bun (a fruit cake) for the members of the household to bring good luck, good health, and prosperity. It wasn’t against the ‘rules’ to have this particular gentleman standing outside the door waiting for the stroke of midnight to ensure he is the first to cross the threshold. This “First Foot” is supposed to set the tone for how the New Year shall be. Please note that blondes and women were considered to be bad luck if they stepped over the threshold first. Also around the midnight time frame, those gathered for Hogmanay would also sing the traditional tune of Auld Lang Syne together.

The first time I had heard of Hogmanay was when I was reading the novel A Grave Matter, the third book in the Lady Darby Mystery series by Anna Lee Huber. One of the important opening scenes centers on the “First-Footing” at a Hogmanay celebration that goes terribly wrong. The ‘wrong’ person (not a tall, handsome, dark haired man) crosses the threshold to deliver frightful news of a murder. Many guests in attendance were worried that this was a bad omen (the wrong footer, along with the murder) and were quite upset for the family’s prospects for the year.

New Year’s Day: The first day of the New Year was still a day of visiting friends and family. Where as in previous years, everyone would venture out, in the Victorian era, the women and children tended to stay home to greet visitors while the men, especially eligible bachelors, went out trying to visit as many houses as possible. It was customary to have drinks and food laid out for visitors along with the exchange of small gifts.

In Squibs of California by Palmer Cox (published 1874) there is an entry that details Cox’s observations of the men who venture forth on New Year’s Day to make his round of calls. He describes how these young men of the more genteel class start out at the beginning of the day versus how they end the day, rather disheveled and “turned around” from all of the liquor from each call.

Many of these superstitions deal with setting the tone for the New Year. It was believed that whatever you do on New Year’s Day will foretell how the year will be.

With 2020 coming to a close this evening, I encourage you to reflect on the moments that brought you joy or happiness this year. We may have had a bad year as a collective, but I’m sure we all learned something about ourselves and one another. I hope looking at these past traditions will give you some ideas on how to say goodbye to 2020 and welcome in 2021.

Wishing you and your family a safe, healthy, and prosperous new year!

Passion for the Past: New Year’s Celebrations in the 18th Century

Stay up to date with what’s going on here on The Historical Homemaker and receive extra goodies in your inbox! 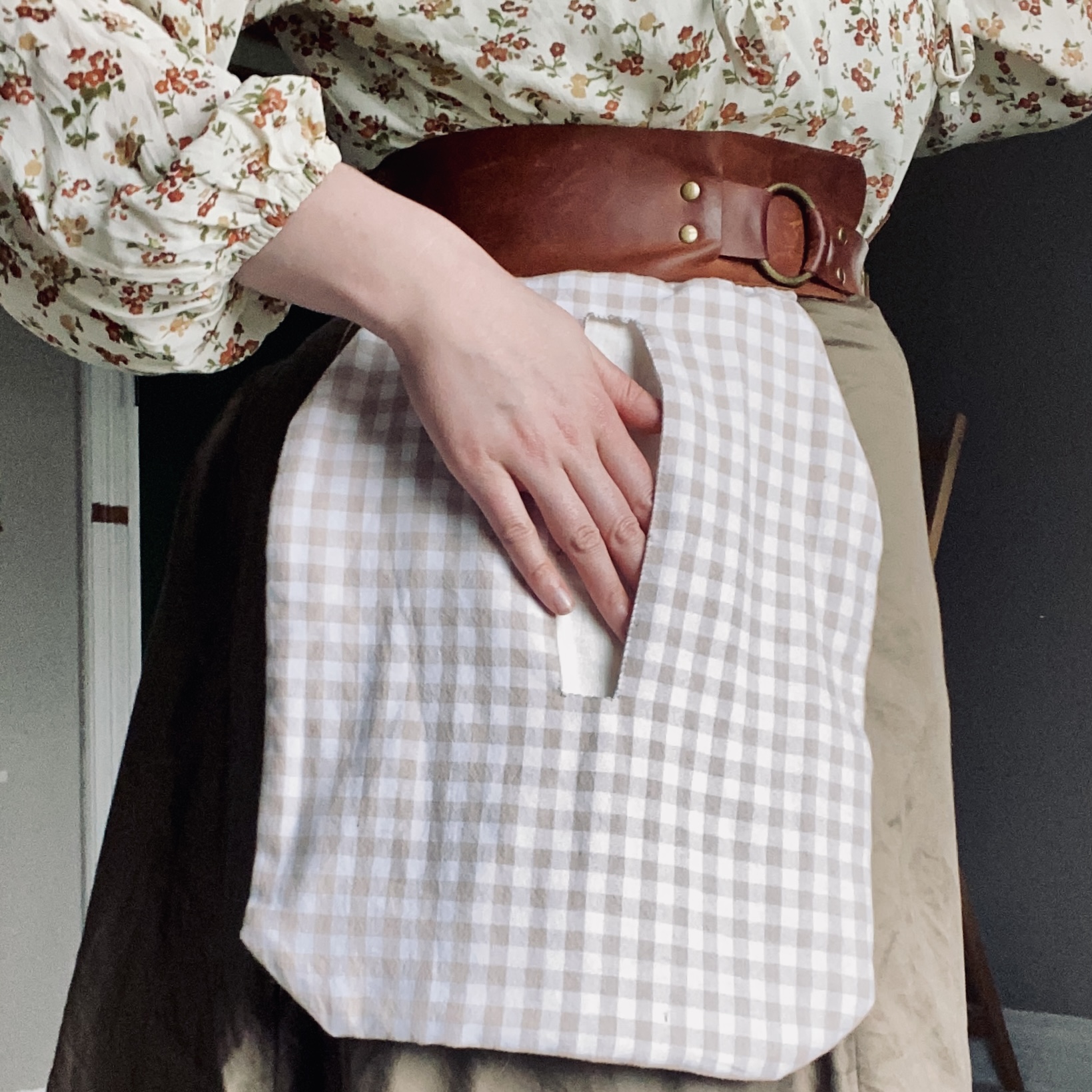 Hello there! My name is Bethany. I am a wife, mother, and homemaker located in the Midwest attempting to live a historically inspired life.

Click HERE to download your copy of the FREE workbook on Establishing A Cleaning Routine  For Your Home!

☺️Taking a quiet moment to enjoy the sunrise, a cup of coffee, and a little bit of knitting before the kiddo wakes up ☺️
Slow but steady progress is being made on my dirndl 🥰
🪡Taking some time this Sunday to work on handmade trim for my #folkwear Austrian Dirndl 🪡
🍂Hello. Sorry it’s been awhile🍂
Here's another way we can stay in touch!⁠⁠
NEW ON THE BLOG 🥳⁠